AL and Jules join Darren Campbell at Shrewsbury Prison to catch up with him. Not since the Biscuit first launched have we spoken to him, so it was nice to check in and see how things have been.

Well the end of 2019 and of course 2020 have not been favourable to most in Shrewsbury. Joel has felt the wrath too but instead of burying his head in the sand, he shows drive and determination to come at things from different angles. An “entrepreneur in the true sense of the word” Joel calls it, someone who can quickly adapt and make positive changes to the environment around him.

While the Prison cells were firmly closed during lock-down, Joel, Stacey and Lauren have been working on online shows that give people the opportunity to check in with the team and snoop in on cameras to look for ghosts. This has been hugely successful. Joel has been a good friend to us at the Biscuit and we reminisce about the good, atmospheric times we’ve had working at the prison (AL’s was mostly while he was wearing a wig and make-up!)

Originally the Prison was supposed to re-open on the 20th of June but could not for reasons out of Joel’s control. So disregard anything that mentions the Prison opening on this episode. Check out their Facebook for up to date info – https://www.facebook.com/ShrewsburyPrison/ 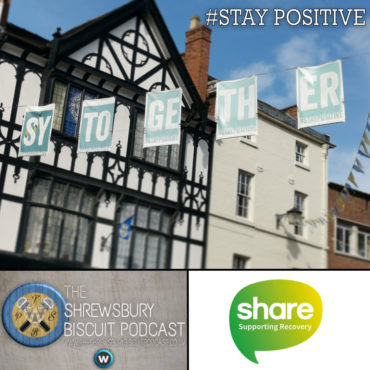 AL sits with ex mayor and Share charity founder Jane McKenzie. In a relaxed but very frank conversation we get into great detail in the signs to look for with […]