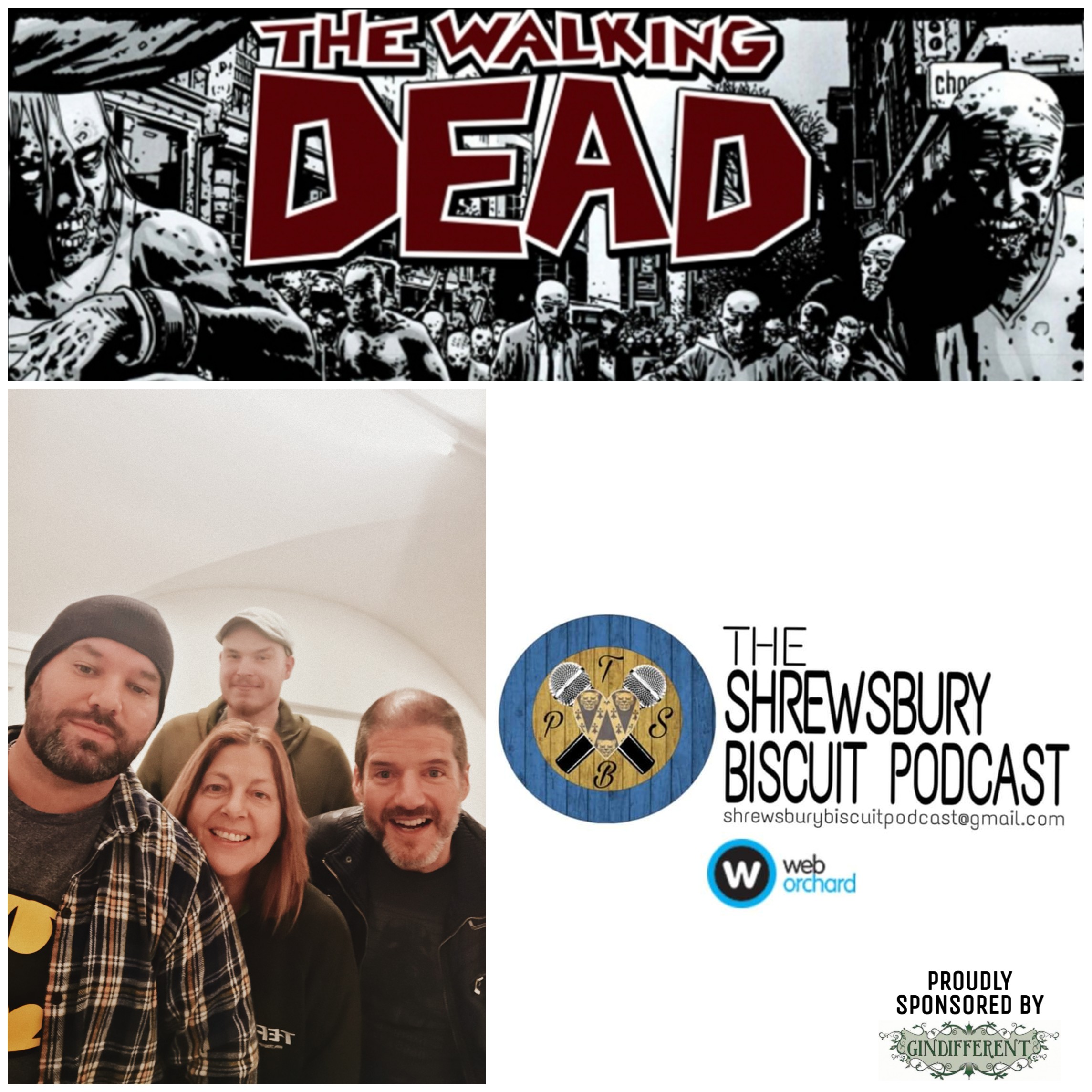 The Shrewsbury Biscuit welcomes Charlie Adlard to the show. AL, Shane and Julie speak to Charlie, who is the co-creator of The Walking Dead, one of the best selling independent Comic-Books in the world.

Charlie is not only an icon in the world of comic-books, but is a bit of a Shrewsbury legend (although he would modestly disagree). Despite his worldwide acclaim, Charlie is a proud Salopian and he works hard to inspire others. Whether it be his ambassadorial role at The Hive, helping organise the local Comics Salopia Festival with Shane Chebsey or appearing on plucky local podcasts (ahem!)

We begin with how things began for Charlie and the journey that’s taken him to the top of the comic-book food chain, including his own personal inspirations. We also find out how AL and Shane almost stumbled upon a worldwide exclusive of one of the most baller, mic drop moments in Comic-book history.

Julie popped by the HSBC National Cyclocross Championships, which was being held at The Sports Village in Shrewsbury and for anyone that knows cycling it is a big deal. Listen […]